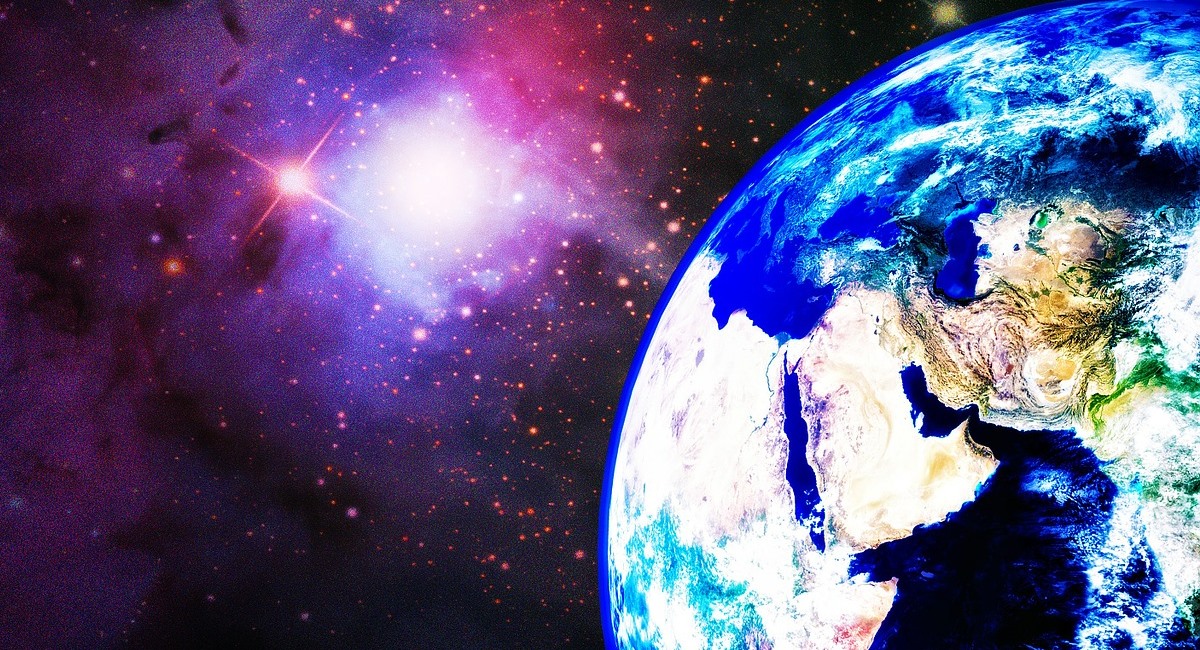 36. The Joshua Generation will bring revelation that wherever the next generation place their feet they will possess.

That possession includes not only this world but also the heavenlies. Both are their inheritance and destiny.

So Moses swore on that day, saying, “Surely the land on which your foot has trodden will be an inheritance to you and to your children forever, because you have followed the LORD my God fully”(Joshua 14:9).

Now as we know, God did not intend that inheritance just to be a piece of land, but the whole world. ‘For the promise to Abraham or to his descendants that he would be heir of the world…’ (Romans 4:13). And Jesus said that all authority had been given to Him both in the heavens in the earth (Matt 28:18-20).

The whole of creation groans as it waits for the sons of God to be revealed. When you take your place as sons in the heavenly realms, you are beginning to step up into your inheritance, which is the whole creation. And you will find that you can go anywhere in creation, you will see the galaxies – and actually we are supposed to create too. We are supposed to do the works that Jesus did. Who created the stars, the galaxies? Jesus did. You can go and do the same, and you will. Yes, in eternity, but you can actually go and do it now, if you access some of these realms and especially the courts.

Yes, that was because we didn’t know we were supposed to. We do now.

37. The Joshua Generation will encourage a passion to love God, and walk in His ways, and serve Him will all our hearts and souls.

Only be very careful to observe the commandment and the law which Moses the servant of the LORD commanded you, to love the LORD your God and walk in all His ways and keep His commandments and hold fast to Him and serve Him with all your heart and with all your soul (Joshua 22: 5).

So take diligent heed to yourselves to love the LORD your God (Josh 23:11)

God hates mixture and lukewarmness – and so will we. It will take diligence, and self-discipline, and perseverance, but the Joshua generation will become so focused on walking in His ways and serving Him wholeheartedly that it will set us apart and cause others to take notice. The love of God will become a passion for us: it will burn in our hearts; and it will be unthinkable for us to offer Him anything less than complete obedience and dedication. Joshua the High Priest was promised access to heavenly realms if he would walk in God’s ways and perform Gods laws: we know the same offer is open to us. Once we have tasted of that, how could we turn away?

38. The Joshua Generation will warn the next generation about the dangers of compromise and going backwards.

There is a real danger if you see all this and choose to walk away from it. Ian Clayton has talked about how the spirit of antichrist is those who walked with the church and then turned away to start sowing false teaching. Once we get here, there is no going back.

For if you ever go back and cling to the rest of these nations, these which remain among you, and intermarry with them, so that you associate with them and they with you, know with certainty that the LORD your God will not continue to drive these nations out from before you; but they will be a snare and a trap to you, and a whip on your sides and thorns in your eyes, until you perish from off this good land which the LORD your God has given you (Joshua 23:12-13).

39. The Joshua Generation will charge the next generation to never stop waging war.

Now it came about after the death of Joshua that the sons of Israel inquired of the LORD, saying, “Who shall go up first for us against the Canaanites, to fight against them?” (Judges 1:1).

They continued to enquire of the Lord. They did not say, ‘Now that Joshua has gone, we can do our own thing’. The war was still ongoing, even though we have read that Joshua gave them the whole land (Joshua 11:23). The Canaanites were still out there in the rest of the world, and they were still enemies of Israel, and of God. Israel were heirs of the world, intended to be a blessing to it. They were supposed to take that blessing out into the whole world. Obviously, they didn’t do that. They stopped short, even though God had said “but indeed, as I live, all the earth will be filled with the glory of the LORD” (Num 14:21).

Yet that is still God’s plan – as Isaiah says:

Now it will come about that In the last days the mountain of the house of the LORD will be established as the chief of the mountains, and will be raised above the hills; and all the nations will stream to it (Isa 2:2).

The mountain, the place of authority; the house of the Lord – these are all in the heavenly realms. Then it is worked out in this realm, as all the hills – all the other earthly authorities – start streaming to the church. Because we are living in the fullness of our sonship, because we start to radiate the goodness of God, because we start to manifest light, and live in creative light, not just created light. There is some awesome stuff coming, but we need to be prepared.

There will be no end to the increase of His government and peace, to establish it and to uphold it with justice and righteousness from then on and forevermore. The zeal of the LORD of hosts will accomplish this (Isa 9:7).

40. The Joshua Generation will set a clear choice before the next generation.

There is so much that we already have, that we already know and enjoy, and it is good. People can choose to stick with that – but if they do, they will miss God’s best. We don’t want to take possession of what God has given us, and then settle. Our influence has to increase and grow, because it is the nature of God that He wants to fill the earth with His glory.

We are coming to a close now, not just of these posts about the Joshua Generation, but of the whole 15-month series on the Prophetic Timetable. Next time we will begin something new, but for now I want to leave you with this: Joshua was 110 years old before he died, having fulfilled his destiny. There is time for all of us who are called to this purpose to raise up and release the next harvesting generation. Joshua did it: God wants us to do it.

Related articles from others